Haulotte is the big winner of the 2019 European Rental Awards

Haulotte was among the winners at the 2019 European Rental Awards, held in Madrid on May 15th. The European leader of people and material lifting equipment has won two of the seven awards. 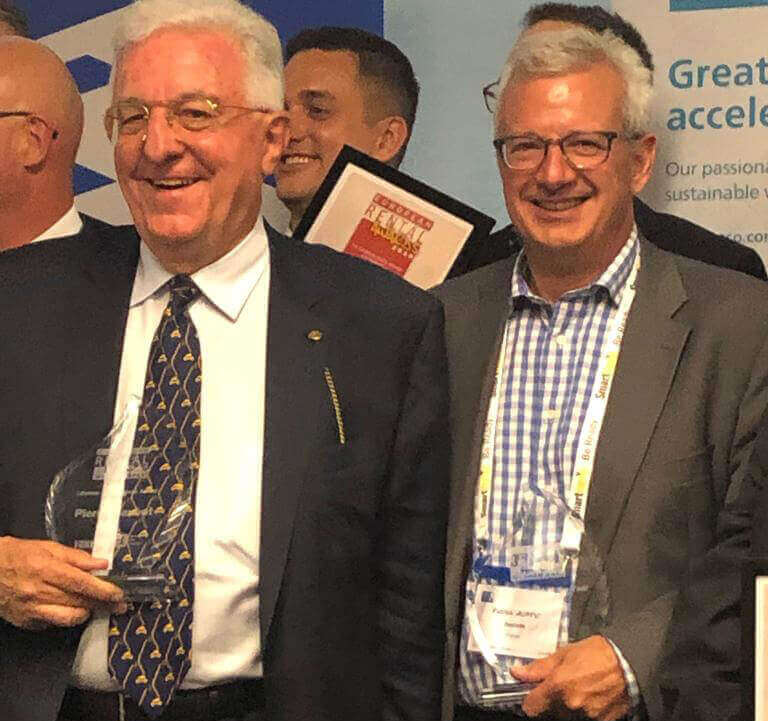 According to the judges, «The HA20 LE (HA61 LE for US) is a very strong product, and as the first of Haulotte’s all-electric Pulseo generation range, it makes a strong statement on electrification and sustainability». The electric articulating boom offers silent operation, indoors and outdoors, even on the roughest terrain, all with due regard for the environment. Ultra-fast lifting speed and simultaneous movements work together to enhance productivity. The all-electric architecture makes the HA20 LE (HA61 LE for US) suitable for work in downtown areas and low emission zones, as well as on green construction sites.

Pierre Saubot (left), founder and chairman of Haulotte Group, received the 2019 Lifetime Achievement Award. In 1985, the visionary businessman took control of Pinguely-Haulotte. Under his leadership, Haulotte expanded internationally and developed its product offer, with a wide range of aerial work platforms and telehandlers. «It’s an honor to receive this prestigious award. This prize is not only mine, it also belongs to all those who have worked with me over the years» Mr. Saubot said.

>> Get more pictures of the ceremony.